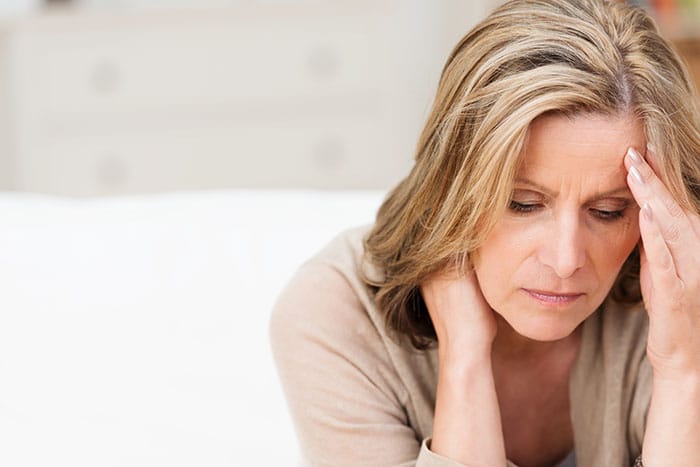 Drug use can present a great variety of health consequences on an individual’s brain and body:

What Drugs Cause Memory Loss?

Recreational illegal drugs that cause memory loss or lapses in memory that can sometimes not be reversible include:

Cannabis, commonly known as marijuana, weed, or pot, is a collection of dried-up greenish-grayish leaves from a variety of cannabis plants. Different strains of cannabis are known to derive from different plants, therefore presenting varying side effects. The permanent effects of weed have been thoroughly debated due to it being usually used recreationally.

Studies indicate that marijuana has been known to cause memory loss because of the psychoactive component known as tetrahydrocannabinol, or THC. Tetrahydrocannabinol is the chemical compound in weed that causes the high effect that the majority of users experience. It is said that THC attaches itself to receptors in the following areas of the brain:

The cerebral cortex plays a role in consciousness, the amygdala is the body’s core fear system, and the hippocampus plays a role in learning and memory. By the weed attaching to the above-mentioned brain regions and therefore considering their functions, someone can experience memory loss and reduced cognitive function.

GHB is an odorless, bitter or salty, and colorless liquid central nervous system depressant that is often utilized as a date rape drug or for recreational purposes. This drug is also frequently illegally sold as crystal powder. GHB (Gamma-hydroxybutyric acid) can also be prescribed under the drug brand name Xyrem.

Due to this drug’s side effects such as unconsciousness, memory loss, and extreme sedation, it is a well-known club drug. Therefore, it is commonly used to facilitate sexual assault. The individuals engaging in sexual assault typically mix GHB liquid into the drinks of their victims who are unsuspecting of their actions.

A recent study was found that indicated GHB abuse was linked to altered brain verbal working memory, long-term memory, and lower IQ. Though there isn’t much research on this drug, it is known for a fact that it causes cognitive function impairment and memory loss.

MDMA, also known as 3,4-Methylenedioxymethamphetamine, ecstasy, or molly, is a psychoactive drug fundamentally utilized for recreational purposes. The perception of this drug makes it a popular drug to abuse in the following areas:

Ecstasy is chemically similar to both hallucinogens and stimulants, which means it can produce:

One study found that individuals who used MDMA over two years showed issues with memory, working memory, and processing speed. The researchers attributed the above-mentioned side effects to the hippocampus, which plays a role in memory and learning.

It can be taken orally, snorted, injected, or smoked. One of the most common side effects that PCP presents is memory loss. Angel dust works similarly to other club drugs such as GHB and molly. Therefore, it can cause difficulties in speech and learning, as well as problems with memory loss that can occur from long-term use. PCP is well-known as being one of the drugs that cause memory loss when mixed with CNS depressants as a way to enhance the overall side effects.

Cocaine is a central nervous system stimulant that increases energy, alertness, and nerve activity in the brain. It also inhibits the brain from the absorption of excess dopamine. Dopamine is known for bringing intense feelings of self-confidence, well-being, and euphoria.

In a recent study, cocaine was linked to memory loss. In the study, 48 non-users and 57 cocaine users were compared and followed for a year. At the beginning and end of this particular study, both groups were given cognitive tests to measure their performance. At the end of the year when the results were thoroughly compared, researchers discovered that the group who used cocaine showed worse performance scores in all the areas mentioned, especially in working memory.

Crack cocaine is another highly habit-forming drug that can cause memory loss. However, it has been discovered that a huge percentage of memory loss that is caused by cocaine can be reversed if an individual is willing to engage in abstinence from the drug. Because the substance is so addictive, the majority of users need the help of a cocaine treatment facility to be able to quit using.

Ketamine is an estranged drug that is generally utilized as an anesthetic in veterinary practices. It is also commonly used as an illicit drug. As an estranged drug, ketamine, or “Special K” acts on various chemicals in the brain to produce the following:

It typically comes in the form of an off-white or white powder that can be dissolved as a liquid or transformed into pills. Ketamine is known for inhibiting the function of the parahippocampal gyrus (or hippocampal gyrus) which results in memory impairment or the function of the hippocampus. Small doses of ketamine do not affect memory, especially when used in medical practices correctly. However, research suggests that long-term ketamine abuse can end up causing memory loss in an individual.

Psilocybin, also called shrooms or magic mushrooms, is a naturally occurring psychedelic drug frequently produced by fungi. It produces a modified perception of time. The mechanism of action is linked to 5-HT2A receptor activities which are generated by hallucinogenic episodes. Magic mushrooms have been found to impair an individual’s working memory, which is an aspect of short-term memory that’s concentrated on instant memories such as keeping a particular address in mind while also listening to directions on how to get there.

Many individuals engage in drugs that cause memory loss because they can temporarily escape underlying issues, such as:

What Is Behind Drugs That Cause Memory Loss?

Research published in the academic journal Addiction Science & Clinical Practice stated, “The brain regions and processes that underlie addiction overlap extensively with those that are involved in essential cognitive functions, including learning, memory, attention, reasoning, and impulse control.” When changes occur to normal brain function and structure, it also results in abnormal learning that interferes with the journey to recovery and abstinence.

In a Psych Central article, clinical psychologist Ben Martin explains how aspects learned during periods of substance abuse can become difficult to recollect when an individual isn’t currently under the influence. He explains, “Many people can learn and perform in the drug state and do quite well as long as their routine and drug level don’t change. If there is a change, trouble can result.”

Can You Get Your Memory Back If You Stop Using Illegal Drugs?

The process of becoming sober takes dedicated time and unwavering patience. It can also become extremely frustrating. Martin stated, “Your difficulty recalling events or behaviors does not mean that you are going crazy. Nor does it mean that you have destroyed all your brain cells. It is, instead, a normal process that is part of recovery…Returning to drug use is not the answer. You can and will relearn the skills in the same ways that you learned them in the first place.”

Additionally, according to a CBS Miami report, numerous items can be utilized to assist in moving the process right along.

How To Boost Your Memory Back

By embracing the above-suggested strategies, it can provide a great boost to an individual’s cognitive function while also reducing an individual’s risk of relapse and addiction while improving and recovering it. Martin suggests, “Recovery takes time, but as you unlearn the habits of addiction, you will relearn the skills and behaviors that you acquired earlier.” It will be found that patience is crucial during the addiction recovery process.

Illegal drugs that cause memory loss pose an actual concern. Long-term addiction and drug use can affect various facets of an individual’s brain including memory loss to a person’s ability to breathe.

It can be challenging to adopt the strategies mentioned here in a real-world setting especially if you are not surrounded by a supportive community. Here at Chapel Hill Detox, we offer a clinical program that combines daily primary process groups, daily individual therapy sessions, and psychoeducational groups. Contact us today to begin a healthy lifestyle free from addiction.