Schizophrenia is a severe mental disease. Symptoms of this serious psychological disorder may include hallucinations, psychosis, or paranoia. The disease affects a person’s thought processes and communications. As a result, if the disorder goes untreated, afflicted individuals could find it practically impossible to hold a job, a relationship, or a simple conversation. To imagine the frustration and anger this disability could compel is difficult.

While schizophrenia is a mental illness, it is also described as a group of serious neurological disorders that can disrupt a mind’s sense of reality. The hallucinations, delusions, disorganized personality traits, paranoia, and unpredictability of the disease can be terrifying for the individual as well as the surrounding family and friends.

According to the National Alliance on Mental Illness, schizophrenia affects 1% of the US population. In addition, more than 21 million worldwide have schizophrenia. Much is known of the mental disorder; however, there is no cure. 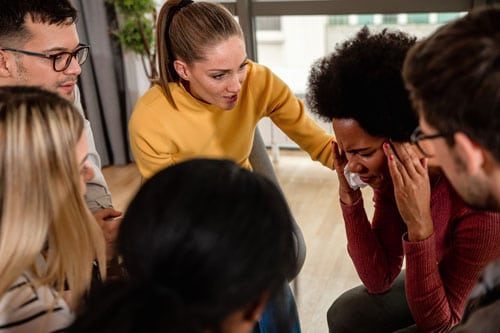 Other factors that could contribute to schizophrenia:

Can a Traumatic Event Cause Schizophrenia?

While biological factors are a large contributor to schizophrenia, tragic events in a person’s past could also be a factor. A study conducted by the Liverpool and Maastricht University in the Netherlands revealed that if a person experiences a traumatic event before they’re 16, they’re three times more likely to develop schizophrenia.

The magnitude of the trauma would correlate with the probability of developing schizophrenia. For example, a child who experienced a severe traumatic event could be up to 50 times more likely to become schizophrenic later in life, than those who suffered a less traumatic event.

The study also revealed that children affected by specific traumatic events would go on to display specific symptoms in their schizophrenia. For example, those traumatized by sexual abuse would experience hallucinations.

Schizophrenia and Drug Use Treatment

According to the Harvard Review of Psychiatry, if schizophrenia can be caught and treated at an early age, chances of the disease and its symptoms being reduced are heightened. Studies show that the younger a patient is who gets schizophrenia treatment, the better their chances of a good outcome become.

Oftentimes, when dealing with such debilitating diseases as schizophrenia and drug use, the purpose of the medicine is to allow victims to function in society easier, not necessarily cure the disease. Antipsychotic drugs include; Quetiapine, Clozapine, Risperidone, Olanzapine, Aripiprazole, Asenapine, and Lurasidone. Such drugs will not remove schizophrenia.

Long-Term Schizophrenia and Drug Use Intervention 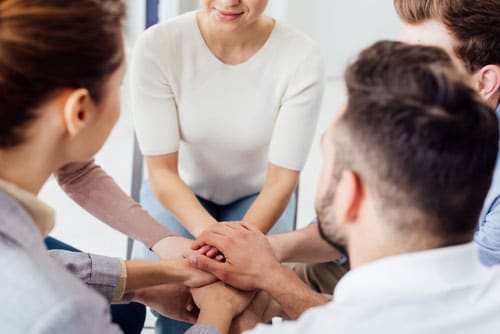 Experts agree that as long as someone with schizophrenia takes their medicine every day and attends therapy regularly, afflicted individuals could live a healthy life. However, such a prescription is difficult to follow for schizophrenics. All it takes is a fragment of a delusion or a voice ordering them not to take their medicines, or to avoid therapy.

Once a nation acknowledges the high comorbidity between substance abuse and schizophrenia, it must determine the factors that contribute to this malady. Schizophrenia and drug use is a major problem. A seemingly infinite amount of lives are destroyed as the result of this dual diagnosis. The first step in fixing a problem is determining the problem’s root cause. Treatment for co-occurring disorders often involves treating the whole person, including each disorder that may be hindering the individual.

There are many social factors that contribute to the comorbidity between schizophrenia and drug use. A schizophrenic individual will most likely have trouble holding a job, a relationship, and a normal life. As a result, there exists a higher probability that someone with schizophrenia will have limited education, live in poverty, and spend much time in the mental health treatment system. Someone involved in such a lifestyle will have much more stress, a contributing factor to schizophrenia.

In addition, people struggling through unemployment, poverty, the mental health system, with little to no education, will find themselves in locations and around sorts of classes of people with the greatest amounts of drug usage. As a result, schizophrenic people are very vulnerable to substance abuse.

Thirdly, as proven earlier in the article, substance abuse directly affects the regions of the brain affected by schizophrenia and drug use. Neuropathology is the study of disease of nervous system tissue. Researchers speculate that the link between drug use and schizophrenia could have a lot to do with the neuropathology of schizophrenia. In turn, neuropathology may “contribute to advanced addiction vulnerability by disrupting the neural substrates that mediate positive reinforcement.”

75-90% of schizophrenic people smoke cigarettes, three times the rate of the rest of the population. To make it worse, schizophrenic cigarette smokers smoke more frequently and deeper. Scientists speculate that nicotine may reduce the symptoms of schizophrenia, for a brief time.

How to Treat Co-Occurring Schizophrenia and Drug Use 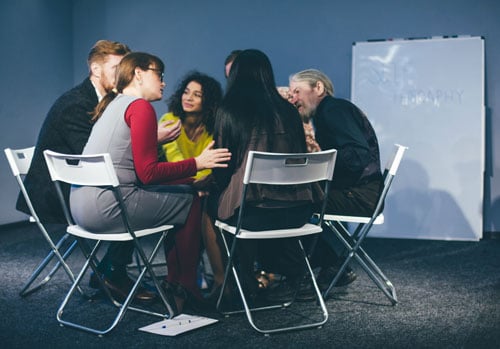 Dual diagnosis patients, also sometimes called patients with co-occurring disorders, make up for about half of people in treatment. In many cases, people experiencing symptoms of a mental disorder, such as schizophrenia will look to ease their symptoms. Unfortunately, people can find that they can cope with their symptoms short-term by numbing them with substances. This process and unhealthy coping mechanism completes the cycle of addiction.

At Chapel Hill Detox, we treat both of the co-occurring conditions together. This is mainly because each mental issue often plays into each other causing a compounding effect of their symptoms. Dual diagnosis treatment is essential when dealing with co-occurring disorders.

If the reader has learned anything from reading this article, it is that schizophrenic patients also suffering from a substance abuse problem are incredibly difficult to treat. However, with the correct medicine and therapy, the disorder is certainly treatable.

Dealing with co-occurring conditions alone is extremely difficult. We can provide you or your loved one the support you need to recover and live a healthy and productive life. Someone suffering from such a complicated medical disorder needs an experienced medical staff of therapists and doctors. Chapel Hill has been dealing with every sort of addiction for years. Give us a call today to join the road to recovery.