The Link Between ADHD and Addiction

Many people believe that medication for ADHD is some sort of gateway drug. In reality, adolescents and adults who get treatment for ADHD symptoms are less likely to abuse drugs and alcohol than their undiagnosed, untreated counterparts. ADHD medication abuse is possible but potentially misunderstood.

When ADHD is not treated, it can cause serious problems in the areas of work, school, or even in personal relationships. Understanding how medication and therapy can be used together is a good first step for anyone who wants to regain control of their life while living with ADHD and addiction.

ADHD (Attention-Deficit Hyperactivity Disorder) is a mental health condition that can make it difficult for adults and children to focus their attention for long periods of time. Millions of children and adolescents are affected by ADHD. Unfortunately, the disorder often continues past childhood into their adult lives. The specific symptoms and severity can vary in severity from person to person but the most common symptoms are related to having an inability to concentrate or focus. 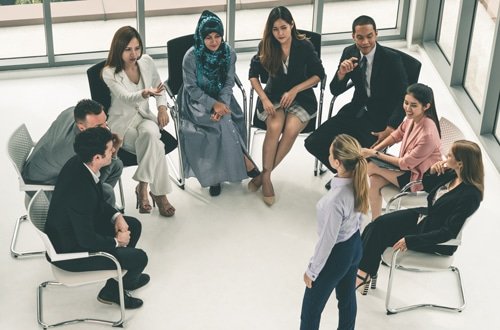 Even though most children will experience issues such as hyperactivity or inattentiveness at times. But those same issues may be signs of ADHD if they begin to increase in frequency or severity and start impacting a child’s schoolwork or home life. Signs of hyperactive-impulsivity and inattention are the main categories of ADHD.

Signs of Hyperactivity and Impulsivity

Adults and adolescents with ADHD often turn to substances. Even though there is no exact answer to why that is, experts believe that individuals with ADHD and addiction have issues regulating the neurotransmitters such as dopamine and norepinephrine.

What are dopamine and norepinephrine? They are both chemicals used by and produced by your central nervous system. They are sometimes called “chemical messengers.” They are called that because they are neurotransmitters that are used by your nervous system to send messages between nerve cells. Dopamine helps us strive, focus, and find things interesting while norepinephrine plays a part in an individual’s mood and concentration.

When the levels of these chemicals are lowered, it makes it more difficult to focus, causing symptoms of ADHD. The American Academy of Child and Adolescent Psychology has concluded that ADHD can affect areas of the brain that:

Living with the symptoms of ADHD can create major difficulties with mental or social achievement including poor academic performance or trouble maintaining personal relationships. 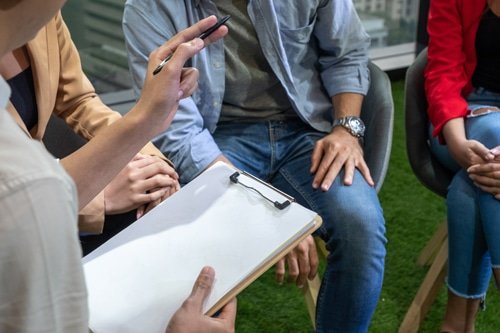 People who suffer from ADHD frequently have problems with impulsivity. This means that they are more likely to engage in pathological behaviors or substance abuse. This combination of ADHD and substance abuse is called a dual diagnosis and it’s important to treat them together.

It has been estimated that more than 25% of adolescents with substance use disorder (SUD) also fit the diagnostic standards for ADHD. However, only 20% of adults with ADHD have been correctly diagnosed or treated. This is particularly difficult for adults with ADHD that has gone undiagnosed and untreated. An adult sufferer who was not diagnosed with this disorder until the age of 26 explained that “It’s like playing with fire you can’t see, and wondering why your hands are burning.”

Furthermore, the use of intoxicants is extremely risky if you have ADHD. A survey showed that more than 15% of adults with ADHD had abused or were dependent upon drugs or alcohol during the previous year. This is nearly triple the rate for adults without ADHD. It was also found that the most commonly abused substances are alcohol and marijuana.

Self-medication like this appears to be especially common for people whose ADHD is undiagnosed or who have been diagnosed but never got treatment. As people with ADHD get older, the hyperactive component of the disorder often declines. Nevertheless, they are still as hyper as ever on the inside. Then they will seek something to calm their brain enough to be productive.

Once a child or adolescent is diagnosed with ADHD, parents, and clinicians need to work together to decide what the best plan of treatment is. It could be therapy, medication, interventions, or a combination.

Understandably, parents are reluctant to medicate their children, but it is immensely important to find an effective treatment plan as early as possible. The treatment may vary from person to person, but it might stop kids and teens from exploring self-medication through drugs and alcohol early on.

No matter what the consequences, the traits of poor judgment, impulsivity, and social awkwardness that come with ADHD pave the way to overindulge. For those who do experiment with self-medicating, increased difficulty coping and addiction will usually follow. Many sufferers feel that this is a way to escape their problems, but clinically supervised therapy is always a better game plan.

Nobody knows for sure what causes ADHD to develop, but there are several factors that have been shown to significantly influence the development of the condition. Some of these factors are:

Since tests for ADHD do not exist, children generally need to experience severe symptoms continually over a long period of time and across a number of different social situations. Specific diagnosis for ADHD are:

The best approach to treating someone with both ADHD and a substance use disorder is to address both at the same time. Regarding substance abuse issues, patients need to be sober before beginning treatment for ADHD.

There is no guaranteed cure for ADHD, but there are several treatments that are effective. Continuing to treat the problem with a combination of behavioral therapy and medication can really help a person with ADHD better manage their life. There are medications that raise the levels of dopamine and norepinephrine in the body to help with focus. They are:

It has also been suggested that prescribers can help patients reduce the risk for ADHD medication abuse or becoming addicted to stimulants by prescribing long-acting medications instead of short-acting ones.

Because the individual needs to be sober to begin ADHD and addiction treatment and depending on the severity and duration of the addiction, a detox may be necessary. This is meant to allow the body to rid itself of the substance being abuse. This prepares the individual for treatment for ADHD and alcohol or other substance abuse.

At this time, the most used dual diagnosis treatment is a combination of both behavioral counseling and medication, but there are other methods available. Other treatments include:

Rehab programs have been proved to be an effective way to treat ADHD and substance use disorder.

ADHD medications are stimulants that increase alertness, attention, and energy in people without ADHD. Common names for prescription stimulants include speed, uppers, and vitamin R. They usually come in tablet, capsule, or liquid form. Misuse of a prescription means:

When using stimulants, they can be swallowed in their original form, crushed, or the capsules can be opened. It can be dissolved and injected, snorted, or smoked.

Yes. Misusing prescription stimulants can lead to a substance use disorder which becomes an addiction in severe cases. Also, long-term ADHD medication abuse can lead to tolerance, which means they need a higher or more frequent dose to get the original effects. A SUD happens when the continued use of the drug causes problems with their health, relationships, and work or school responsibilities.

Many people use these drugs for nonmedical purposes without a prescription. But it is especially college students who buy them, usually from a friend with a prescription. The use of these so-called “study drugs” has soared over the last two decades.

One reason is the approval of a longer-acting version of Adderall which lasts much longer than other stimulants. Another reason is that more young people are being diagnosed with ADHD, which results in more prescriptions being written. Amazingly, over the past decade, the manufacturing of prescription stimulants has increased by 9 million percent!

Who is Using Them?

A study of more than 10,000 college students from across the country discovered that more than half of students with ADHD drug prescriptions were asked to sell the medication to peers and friends. Additionally, almost every student who abuses these stimulants gets them from a friend or classmate with ADHD. People who abuse Ritalin and similar drugs tend to have several common characteristics:

Detoxing from stimulants is done by tapering the dosage of the drug to help ease the withdrawal symptoms. Supervision is necessary to assure that the patient is actually tapering off. There aren’t any FDA-approved medications for treating stimulant addiction.

Individual and behavioral therapies are effective for treating ADHD medication abuse or ADHD and alcohol issues. It’s vital to discover what may have caused the abuse because it is possible that there is an underlying condition. This would require treatment for a dual diagnosis.

Confidential one-on-one talk therapy with a counselor or in a group setting with several people and one or two counselors.

Therapy that addresses the impact that drug addiction has had on the entire family. This includes addiction education and communication skills.

Where To Get Treatment for ADHD and Addiction

At Chapel Hill Detox, we are experts in the treatment of substance use disorders. We are not just a detox center. Although we do provide a comprehensive medical detox center if it’s necessary.

From the time of your arrival and evaluation to sober living, we will be there to guide you on your journey to recovery. Contact us now. You have everything to gain.