Marijuana tends to affect each individual differently. Because of the different forms of marijuana and its various potential effects, many users could find themselves wondering, “Is marijuana a stimulant or a depressant?” The legalization of medical and recreational use of marijuana is becoming extremely prevalent. It is essential people understand the implications of using cannabis products.

Marijuana and Its Effects

Marijuana affects users in unique ways, but most report a sense of pleasant euphoria and relaxation when smoked or consumed. Other reported effects include:

Users who experience unpleasant effects may have consumed too much marijuana. It’s not uncommon for someone to feel undesirable effects if they have taken too much. Potency can often be hard to judge in marijuana. It is reported that large doses of marijuana can cause people to experience sudden psychosis, which could include delusions, a loss of personal identity, or hallucinations.

Adverse effects related to marijuana are temporary. However, individuals prone to psychotic disorders like schizophrenia may be more likely to experience sudden psychosis after using marijuana. Research suggests a link between psychiatric disorders and marijuana in vulnerable people.

Each drug is classified according to its properties and effects. Most drugs fall into one of the following categories:

Stimulants elevate your mood, energy levels, and alertness. These are known to be highly addictive. Examples of stimulants include methamphetamine, cocaine, and prescription drugs for attention-deficit hyperactivity disorder (ADHD), such as Adderall.

Depressants slow down brain function. They have a beneficial use medically but are sometimes abused. Some examples of depressants include Xanax, barbiturates, and alcohol.

Hallucinogens change the way nerve cells communicate in the brain. This typically causes an alteration in the individual’s perception of reality. Examples of hallucinogens include MDMA and LSD.

Opiates and opioids are painkillers that produce feelings of euphoria. These can have severe long-term consequences on the brain. Opiates are highly addictive but play a significant role in the medical field. Examples of opiates include morphine, prescription painkillers, and heroin.

Where Does Marijuana Fit?

Is Marijuana a Depressant?

Marijuana can be considered a depressant since it affects the nervous system and slows down brain activity. This effect can result in calmed nerves and relaxed muscles. Since you can build a tolerance to marijuana, people tend to increase usage to acquire its desired effects.

Is Marijuana a Stimulant?

Marijuana can also be considered a stimulant for a few reasons. Right after using marijuana, you may feel energetic and alert, similar to stimulants. Some individuals become dependent on marijuana for the mood effects it causes.

Is Marijuana a Hallucinogen?

Though some people stereotype marijuana as a hallucinogen, it’s rare for someone to experience a hallucination while under the influence of marijuana. Hallucinations are viewed as false perceptions of senses, objects, and events. That being said, the altered sense of time could be considered a part of a hallucination.

Risks of Marijuana Use 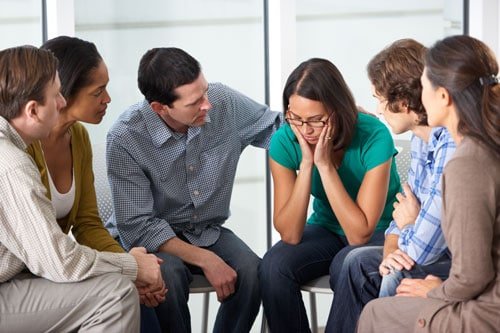 Marijuana is an extremely popular drug. It is often considered the most commonly used illicit drug. Mental health advocates often worry about the potential risks of using marijuana. Some risks associated with short and long-term use include:

Risks associated with younger users are generally more severe than older users. Marijuana can cause long-term issues for younger people. Research suggests that it may alter the process of normal brain development. Some side effects for younger users of marijuana include:

A University of Montreal study found that early marijuana use can physically and emotionally affect teens. Individuals that started smoking marijuana at around 14 years old scored worse than non-smokers on cognitive tests. The smoking group also had a higher school dropout rate. The study shows that people who waited until age 17 to start using marijuana did not score worse on cognitive tests.

How Does Marijuana Work?

Marijuana is most commonly smoked. When smoked, tetrahydrocannabinol (THC) and other chemicals enter the lungs and the bloodstream. THC is then carried through the body and eventually to the brain. It stimulates cells in the brain, causing them to release dopamine, which produces a euphoric feeling. THC interferes with how the hippocampus works, sometimes interfering with how it processes new information.

Individuals do not only smoke marijuana to experience its effects. Cannabis can be infused in beverages or food. When consuming edible marijuana, the effects are delayed. This is mainly because the drug must pass through the digestive system. Effects of edible marijuana typically take 30 minutes to one hour to kick in. Because of this, many individuals accidentally consume more THC than they originally intended.

By 2017, almost half of the United States had legalized medical marijuana. People have been using marijuana for medical purposes for much longer than that, though. Several states have even legalized recreational marijuana use.

Dronabinol is an FDA-approved drug used to prevent and treat vomiting and nausea that people experience with certain cancer medications. It utilizes the medical aspects of marijuana while having the THC content removed (or synthesized). Dronabinol is also used to increase AIDS patient’s appetites.

THC is responsible for the majority of the psychological effects people experience when using marijuana. It acts similarly to the cannabinoid chemicals that naturally occur in the body. THC activates receptors in certain parts of the brain. It may affect areas that are responsible for:

CBD, or cannabidiol, is known as the second most active ingredient in marijuana. This is obtained from the hemp plant, which is a plant cousin of marijuana. CBD is not responsible for the “high” people tend to associate with marijuana. Pure CBD is available in most areas of the United States. The World Health Organization reported that “…there is no evidence of public-health related problems with the use of pure CBD.”

Cannabis and Other Drugs 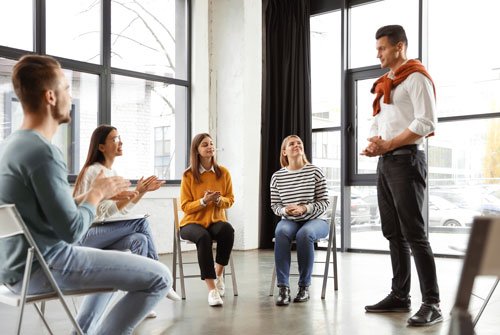 Studies show that CBD and THC may enhance the effects of certain blood-thinning drugs. Drugs that cause blood thinning like heparin or warfarin show an increased effect when combined with THC and CBD. It is worth noting that drugs with side effects resulting in blood-thinning also cause increased blood thinning when paired with marijuana, which may be dangerous for some individuals.

A team of researchers found that cannabis can boost the pain-relieving qualities of opioids. That being said, doctors may prescribe and use lower doses of opioids with their patients, reducing the risk of addiction. Lower doses also result in decreased side effects.

THC is proven to activate the CB1 and CB2 brain receptors simultaneously. The effect is expressed in stress response in the cardiovascular system. The stress response reduces blood flow and can increase the effects of blood pressure-reducing drugs.

A general rule of thumb is not to mix alcohol with any drugs. Some studies do show that people are more likely to consume less alcohol following the use of cannabis. Combining cannabis and alcohol poses a couple of different threats:

Is It Possible to Get Addicted to Marijuana?

Marijuana use disorder is a real disorder that sometimes takes the form of addiction. Recent research shows that it is possible to develop a physical or psychological addiction to marijuana. The addiction is mainly connected to dependence, though. Some heavy marijuana users can feel withdrawal symptoms when not using the drug. These symptoms, lasting for up to two weeks, may include:

Addiction brings several consequences to the suffering individual as well as their loved ones. At Chapel Hill Detox, we believe each person has the right to recover from their addiction. We offer proven programs, and our licensed staff is experienced in working with individuals from all backgrounds. If you or a loved one are suffering from addiction, contact us today.